New cast members include: (romanizations of character names are unconfirmed)

All the actors play the colleagues of the two protagonists who watch over their budding relationship.

The series will have eight episodes and will feature Toshiki Setō (on the left in the image below, Kamen Rider Ex-Help) as Yūki Kaneda and Shūichirō Naitō (right, Saber Kamen Rider) as Atsushi Yanase. 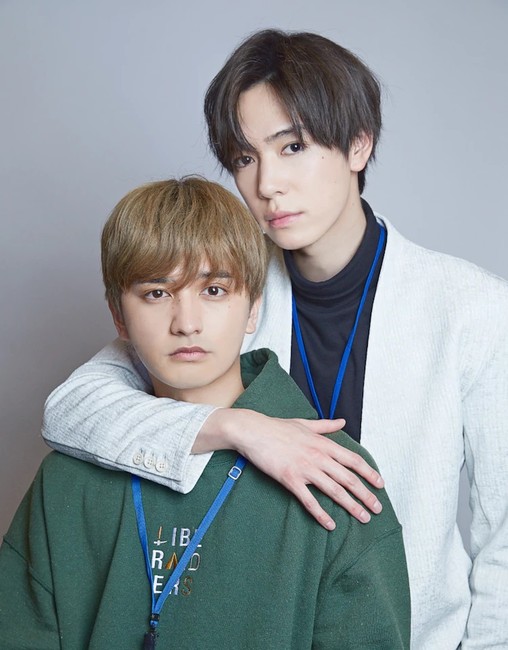 The series will air on MBS and Kanagawa Television June 16, the Gunma TV June 21, the Tochigi-TV June 22 and Saitama Television and Chiba-TV June 23.

The story centers on the relationship between Yanase and Yūki, two co-workers at a CGI animation studio. Yanase is a top notch CGI artist who considers everyone below him, and he must train rookie animator Yūki, a stoic individual who proves shy on the inside.

Harekawa launched the manga on Kadokawafrom the Comic Fleur site in July 2019, followed by the sequel Semai! Danjite Koi from wa! brush in 2020. To tie in with the live-action series, Harekawa will draw a sixth chapter for Semai! Danjite Koi from wa! brush which will debut on June 16. This will be the first chapter since August 2020. Kadokawa released the single compiled book volume for the first manga in July 2019, and a volume for the second manga in September 2020.