For an artist with deep Congolese roots and proud of his cultural immersion, the inspiration of rumba in an art exhibition is not just a form of personal expression, but a connection with other Africans who have embraced the “rumbaism” dynamic.

“Rumba is part of my DNA. I was born and raised in the Congo [where] Rumba is our music, and I can’t escape it; so as an artist based in Africa, I want to portray the continent in a positive way, and Rumba allows me to do that,” explained the Congolese visual artist based in Johannesburg, Thonton Kabeya.

Known for his work on “African cosmopolitanism” and his three-dimensional canvas constructions, which involve gluing together layers of canvas that are cut, sculpted and sculpted before painting, Kabeya excelled in this first solo exhibition at the Everard Read, where he is now signed.

Everard Read Gallery, the oldest commercial gallery in Africa, stands in the heart of Johannesburg. An emblematic establishment since its creation in 1913, it has distinguished itself as a center of South African art. 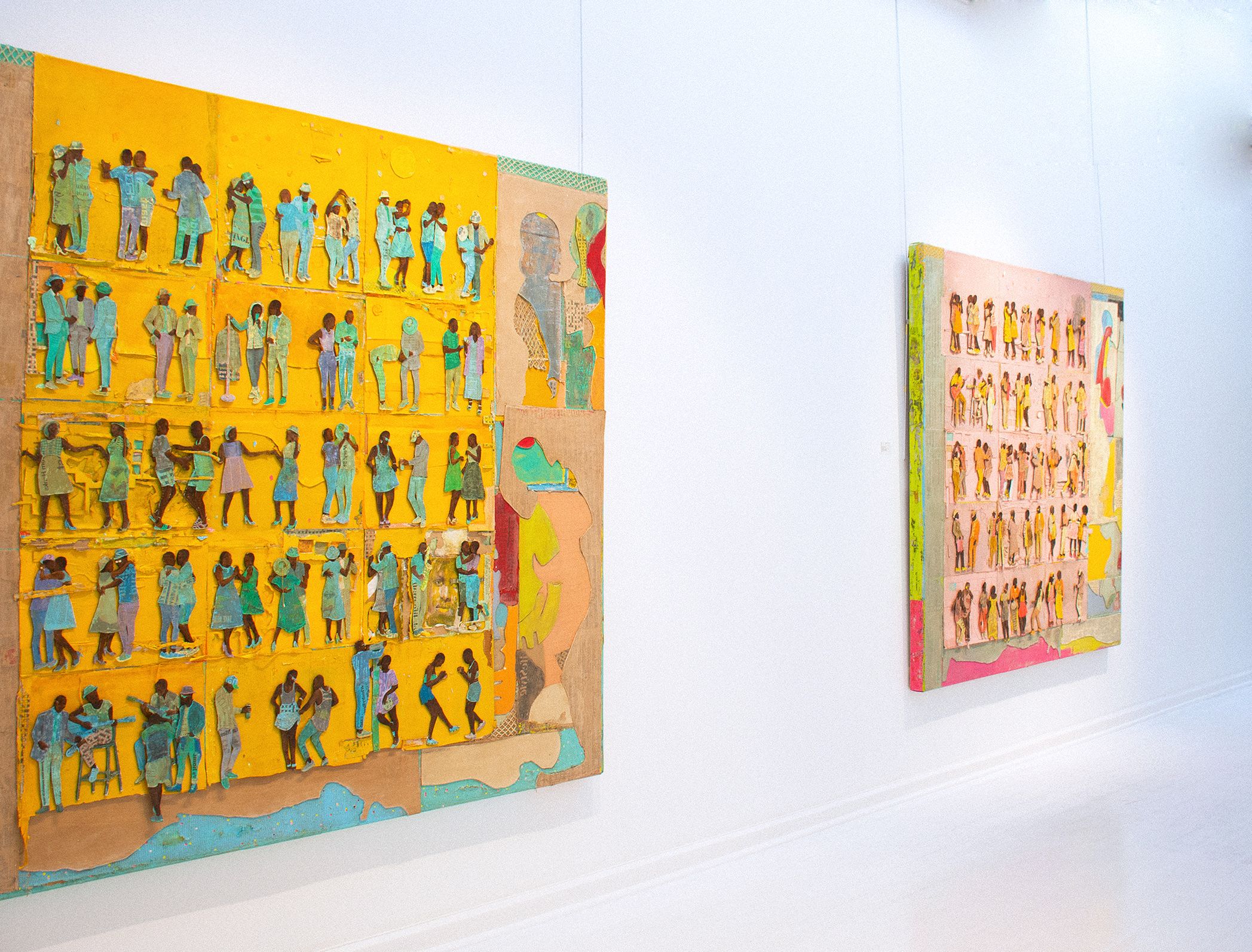 And there couldn’t have been a better choice for Kabeya to showcase and celebrate one of Africa’s best-known musical rhythms and dance genres.

Dubbed Pasada, a Spanish word meaning to pass or turn, the exhibit depicts and captures the Rumba rhythm to which dance partners synchronize their step-by-step movements making space for each other.

The fractal and bold Yellow Tablets Series I, a large-scale painting, depicts a sequence of scenes from Rumba.

The atmosphere exudes the energy, passion, color, style and creativity of the dominant rumba theme which reflects Kaybeya’s experiences in dance clubs in the Congo.

“The beginning of my work often starts with an idea or an observation, and from there I start thinking about how to develop the observations and ideas into something tangible,” Kabeya said. 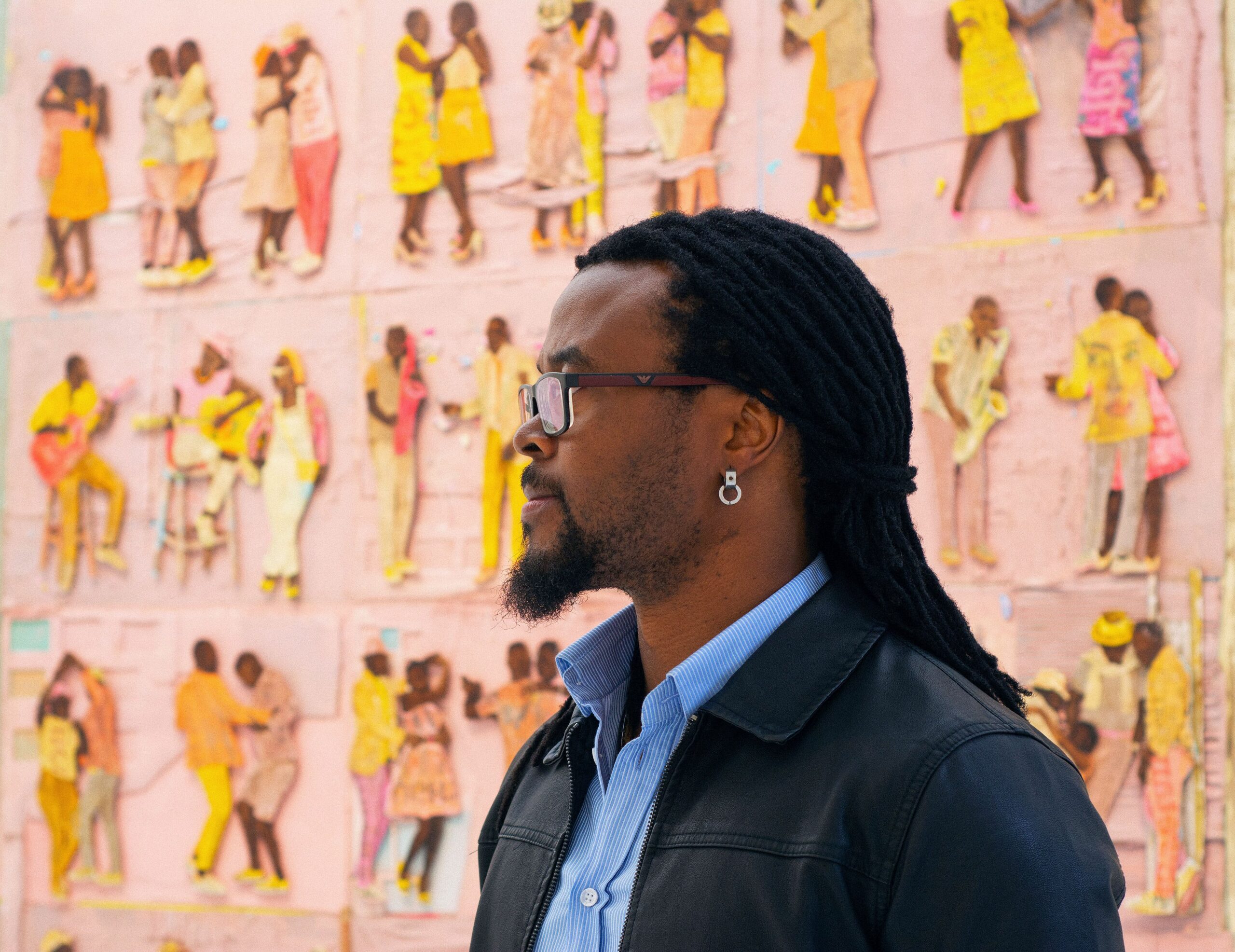 ‘Nkoumba’ as it was called before being merged with jazz and evolving into modern rumba, was a unique cultural identity, a binding spiritual and emotional cement for Africans who were enslaved in the Americas.

Some of its prolific latter-day producers and promoters include Franco Lumabo Makiadi (also known as the “Wizard of the Guitar”), Tabu Ley Rochereau, Papa Wemba, and Koffi Olomide.

Kabeya’s body of work is presented in three series; the Pasada, Moziki Street and the Tablet. They are all connected as they capture the realities of people who live in places like Congo, Angola, Senegal and Cuba.

The Tablet series is a pictorial representation of contemporary African cities and is painted both figuratively and abstractly, while the Pasada series depicts Rumba dancers in moments of connection. The Moziki Street series captures the social dynamics in and around a Rumba club, including street life. 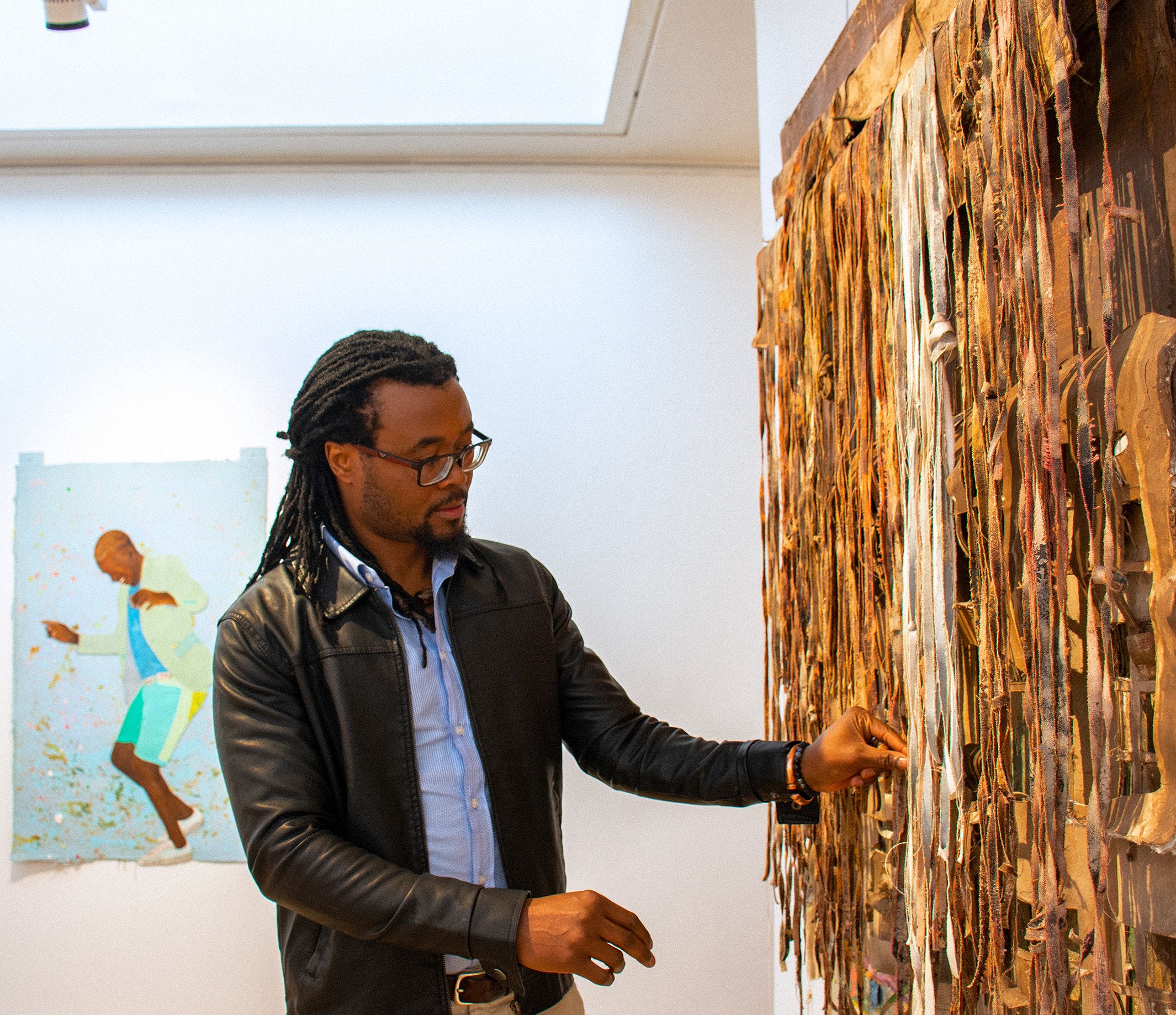 According to the artist, “the series focuses on simple activities like interacting with each other while dancing [and] chat, etc.”

Kabeya has developed a distinctive technique that explores and experiments with new ways of creating texture, color and depth and challenges his medium of paint and canvas.

“I’ve developed my technique over time, and I’m still evolving in terms of skills as an artist; my studio is like a laboratory where I try out different materials and concepts,” Kabeya explained.

Retracing his artistic journey, Kabeya attributes his success to mentorship and constant experimentation.

“I never became an artist; I believe I was born one, and the journey is simply a process of establishing your name as an artist in the art world.

Judging by the facial expressions of people viewing Kabeya’s work at the Everard Read, the work also offered a very direct encounter with some of the artist’s lived experiences.

Was Kafka a great visual artist?

MEET THE CREATORS: Creativity brings drummer-turned-visual-artist-writer back to Nova Scotia