A visual history of 13 Indian presidents

“Moods, Moments, and Memories…Former Presidents of India (1950-2017)” is a visual history of outgoing President Ram Nath Kovind. This compilation which spans 45 pages, is a pictorial depiction of the story of the Rashtrapati Bhavan, part of President Kovind’s efforts to open the lavish official residence of the first citizen to other citizens of India. Within the pages is a selection of unusual and informal photographs of the presidents who preceded Kovind in office, from 1950 to 2017.

The incumbent president’s photo archive offers glimpses of the oft-heard, yet far-removed, past 13 presidents and makes them more human. The series of colorful and monochrome images, capturing myriad moods, moments and memories of the President, enrich their representation in the collective memory of the nation.

In the introductory chapter, Kovind revealed how “in physical photographs in large and heavy registers, in negatives hidden in small envelopes inside the shelves of catalog boxes, and in scanned images stored in databases of electronic data, the Photographic Archive of Rashtrapati Bhavan – consisting of over 5 lakh images – is a veritable composite biography of the nation leaders and their magnificent abode”.

For India’s first president, Dr. Rajendra Prasad, the outgoing president reserved the first four pages, and rightly so, as the book was formatted in chronological order. In these pages, the photo of Prasad dated January 26, 1950 is the first to appear. In the photo, he can be seen sitting with Sardar Vallabhbhai Patel in the forecourt of Government House.

The series of the second president, Dr S Radhakrishnan, begins with his picture and that of his predecessor, Dr Rajendra Prasad, on the birthday of the first, 5th September in the year 1964. Photos of Radhakrishnan, who was President of the Republic from 1962 to 1967, animate the moment when he was sworn in as President; when he hosted a reception for the delegates of the International Film Festival of India at the Mughal Gardens, among others.

The reflection of Dr. Zakir Hussain, president between 1967 and 1969, is found on three pages of the book, which captures the lesser known aspects of the presidential personality. Say, for example, the time he arrived at the Jama Masjid to attend Eid prayers or the time he recorded the address to the Nation at All India Radio TV studio.

Indian aerospace scientist Dr APJ Abdul Kalam, who held the post from 2002 to 2007, was shown in his element– demonstrating school children how to use a telescope during his visit to Andhra Pradesh– in a photo dating back to December 2006. 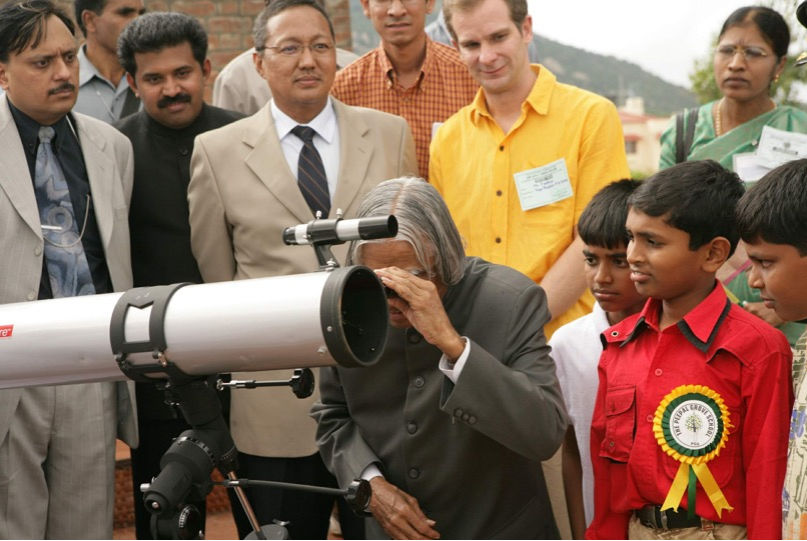 Photos of India’s first female president, Pratibha Devisingh Patil, from her time in the presidential seat from 2007 to 2018, show her brief moments with Prince Philip, Duke of Edinburgh, during his welcome ceremony at the Palace of Buckingham. One of the photos also shows her on a palanquin during her pilgrimage to the Vaishno Devi shrine in Jammu and Kashmir, and on a Su-30 plane at the Air Force School in Pune preparing for the output.

President Kovind’s immediate predecessor, Pranab Mukherjee’s candid moments, for example, when he checked his face in the mirror before registering the address to the nation before Republic Day or when he checked the weights after the grand opening of the Leisure Club Fitness Center at the President’s Estate, were also added.

As the author himself rightly points out, “the images bring out lesser-known aspects of the presidential personality that take a back seat during the ceremonies. Cheerful, dark, pensive, lost in a book, spending time quality as a family after an official tactical program, trying gardening, lost in thought in the middle of an official itinerary and visits abroad…” 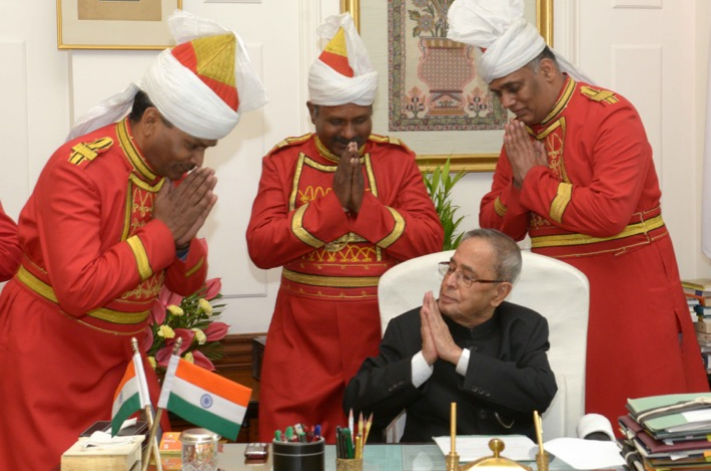